Sri Lanka Must Ensure China Is Held Accountable: US Lawyer 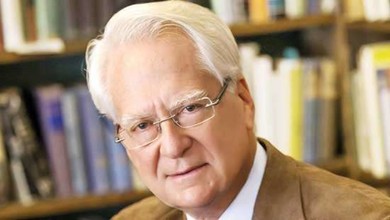 Daily Mirror
March 26, 2020
The coronavirus has killed more than 20,000 people around the world and infected more than 350,000 others, including more than 100 people in Sri Lanka. The virus was first detected in Wuhan, China and began to spread rapidly around the world. As China celebrates the eradication of the virus from its soil, there are growing calls for China to be held accountable for the suffering undergone by so many countries as a result of the virus. A prominent lawyer based in the United States has filed a US$20 trillion lawsuit against China and now he says countries like Sri Lanka should do likewise.

In an Exclusive interview with Daily Mirror, Larry Klayman, a former federal prosecutor under the administration of President Ronald Reagan, said he was willing to work with Sri Lankans and others to build international pressure on China.

Larry Klayman, his advocacy group Freedom Watch and Buzz Photos, a Texas company which lost about $50,000 and had to lay off employees because of the public health crisis, filed the lawsuit in the US District Court for the Northern District of Texas.