Wuhan Virus: How to Hold the Communist Chinese Regime Accountable 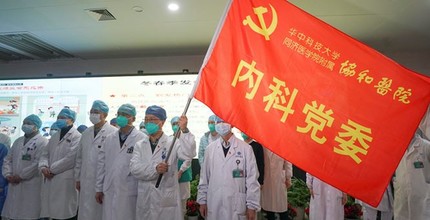 By Stu Cvrk
RedState
March 23, 2020
There is one silver lining about the Wuhan virus crisis, and that is that Americans are finally awakening to the threat that China has posed to the US and the world. The Chinese have publicly advertised what their long-term goals are, i.e., world domination through economic means and coercion if necessary. The Chinese have a long-term plan to achieve worldwide economic dominance, have broadcast it for the world to see, and have diligently pursuing it to the maximum, especially in Asia and Africa, but also in Italy, as the Italians and Europeans in general are finding out the hard way in this crisis. That strategy is called One Belt One Road (OBOR), or the Belt-Road Initiative (BRI), which is a collection of development and investment initiatives stretching from East Asia to Europe that would significantly expand China's economic and political influence, if not dominance within the region.

Of even greater concern is China's Made in China 2025 initiative. Announced in 2015, the initiative is aimed at increasing the competitiveness of Chinese industries, fostering Chinese brands, boosting innovation, and reducing China's reliance on foreign technology by making China a major or dominant global manufacturer of various technologies. According to Chinese media, the initiative intends to "transform China from a manufacturing giant into a world manufacturing power" by 2049.