Klayman: US Intel Agencies Knew Much Sooner and Kept COVID-19 Intel From Trump and Americans Generally! 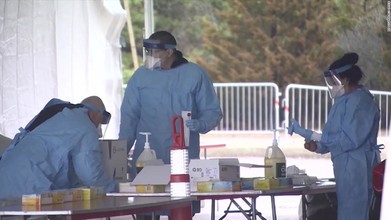 Washington Post: US intelligence warned Trump in January and February as he dismissed coronavirus threat
By Caroline Kelly
CNN
March 21, 2020
(CNN)President Donald Trump ignored reports from US intelligence agencies starting in January that warned of the scale and intensity of the coronavirus outbreak in China, The Washington Post reported Friday.

Citing US officials familiar with the agencies' reports and warnings, the Post reported that intelligence agencies depicted the nature and global spread of the virus and China's apparent downplaying of its severity, as well as the potential need for government measures to contain it -- while Trump opted to dismiss or simply not address their seriousness.

"Donald Trump may not have been expecting this, but a lot of other people in the government were -- they just couldn't get him to do anything about it," the official noted to the Post. "The system was blinking red."