No, Mr. President: China's Xi Is Not Our Friend! 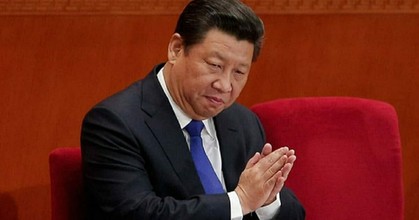 Couple this with some public interest groups starting petition drives, a staple in direct mail and email fundraising for those who do not have the will or means to actually do anything strong and meaningful to hold the Communist Chinese accountable, and COVID-19 is quickly becoming an industry for those who want to jingle some change.

By contrast, the class action lawsuit I filed this week in a federal court in Dallas, Texas, is the real deal. Already well over 200 persons have signed up to be included in the complaint, which can be found at www.freedomwatchusa.org. This class action clearly seeks to have the Communist Chinese pay for the trillions of dollars of severe damage they have directly caused to our people, sending the stock market into a deadly spiral, infecting our physical and emotional health and well-being, throwing thousands out of business and work. I can on and on. To deflect from any blame, the Communist Chinese finger the United States for exporting the "Chinese virus" to China, chutzpah of the highest magnitude, not to mention a bald-faced lie.