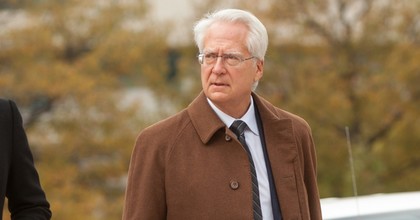 By Matt Naham
Law and Crime
March 20, 2020
The last time we checked in on Larry Klayman, he had conducted a deposition of Roger Stone that will not soon be forgotten. This time he is taking on China.

According to a class action lawsuit Klayman filed in the U.S. District Court for the Northern District of Texas on Tuesday, China should pay up at least $20 trillion dollars whether it intentionally or unintentionally caused the global COVID-19 pandemic.

Klayman is a conservative lawyer who has represented George Zimmerman in a lawsuit against Trayvon Martin's family, Laura Loomer, and Jerome Corsi, to name a few. He founded conservative groups Judicial Watch and Freedom Watch, and once explored a Senate run in Florida in the early 2000s.