Klayman: Although I Abhor the "Communist" Sanders, to Be Attacked by Hillary Clinton Is to Be Called "Ugly by a Frog"! 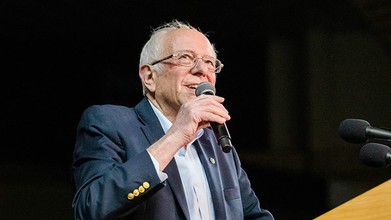 At a Fox News town hall, moderators Bret Baier and Martha MacCallum played a clip for Sanders from a new documentary about Clinton.

"Bernie just drove me crazy," Clinton said in the clip. "He was in Congress for years. Years. He had one senator support him. Nobody likes him, nobody wants to work with him. He got nothing done."