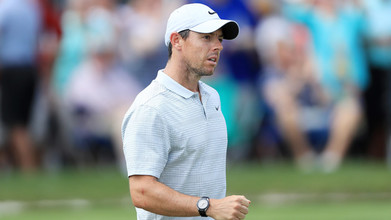 Rory on PGL: Glad I was first to speak out'
Golf Channel
March 7, 2020
Rory McIlroy made his thoughts clear on the proposed Premier Golf League last month at the WGC-Mexico Championship, but Thursday at Bay Hill he went on to explain his motivation to speak out.

In Mexico, McIlroy said he was "out" when it came to the proposed circuit and added that he doesn't like how the league will impact a player's autonomy.

"The reason I said what I said is because, we were in Mexico a couple of weeks ago and some people decided not to go, but that was their choice," McIlroy said on Golf Central. "That was the freedom they had, they have autonomy over their schedule, and they can pick and choose when and where they want to play. Where, we go to this new league, that's not going to be the case. You are going to be contracted to play 18 events, they're going to tell you where and when you should be there, and as a golfer and an independent contractor, I didn't like the sound of that."