Klayman: Classy George: You Are a Piggish Disgrace and Kellyanne Should Be Done With You! 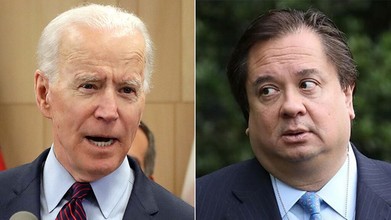 George Conway, the husband of Counselor to the President Kellyanne Conway, revealed on Tuesday that he donated $2,800 to former Vice President Joe Biden's presidential campaign, the maximum contribution allowed by law from an individual to a candidate committee.