Chris Matthews' Sudden Exit Latest Debacle for NBC: 'It Was Only Going to Get Worse'
Go to www.FreedomWatchUSA.org to Join and Support Our Leftist Media Strike Force! Share and Donate 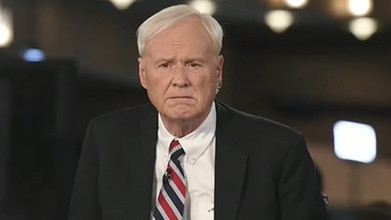 By Brian Flood
Fox News
March 3, 2020
MSNBC's "Hardball" host Chris Matthews' abrupt resignation on Monday night is the latest sexual misconduct-related debacle for the once-proud NBC News as the company continues to make headlines for refusing to enlist an independent investigation into its culture.

A source familiar with the situation told Fox News that the 74-year-old Matthews' human resources file is chockfull of complaints. NBC management couldn't ignore it anymore, fearing that more women would come forward on the heels of journalist Laura Bassett's GQ column that was published on Friday.

"He's been a dog to women for years," the source said. "It was only going to get worse."