Klayman: Go to www.LarryKlayman.com to View My Lawsuit vs. Bidens for Interference With YouTube! 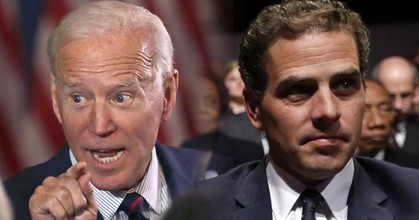 Ukraine investigators open case into Joe Biden's role in firing of top prosecutor
Washington Examiner
February 29, 2020
Ukrainian investigators have begun an inquiry into then-Vice President Joe Biden over allegations that he pressured officials into firing a top prosecutor in 2016.

A case revolving around Biden, now a Democratic candidate for president, was opened by the State Bureau of Investigations on a court order following a January appeal for action by Viktor Shokin, the dismissed prosecutor general's lawyer, Oleksandr Teleshetsky, told the Washington Post.

"They need to investigate this. They have no other alternative. They are required to do this by the decision of the court. If they don't, then they violate a whole string of procedural norms," Teleshetsky said.