Klayman: "Lock Her Up" Cowardly AG Bill Barr!
Go to www.FreedomWatchUSA.org and Support Our Citizens Grand Juries and Join Our Justice League! 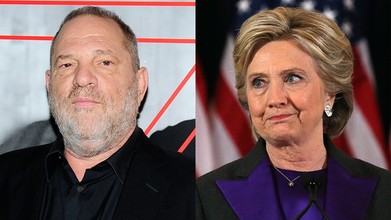 Federal Election Commission filings show the disgraced movie mogul bundled $1.4 million for Clinton during her presidential bid in 2016 and handed her another $73,390 dating back to her 1999 New York Senate seat run.

On Tuesday, the former first lady defended her long relationship with the sex creep, quickly deflecting scrutiny from reporters by noting that Weinstein also raised funds for Barack Obama, John Kerry and Al Gore during their presidential bids.