Klayman: If Trump's Case Is Dismissed It Will Be by a Hack Politicized Judge!
Go to www.FreedomWatchUSA.org to Support Our Judicial Selection Strike Force. Also Donate and Share! 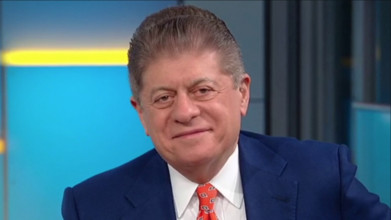 Judge Napolitano on Trump suing NY Times for libel: 'Clever move, but case will be dismissed'
By Joshua Nelson
Fox News
February 27, 2020
Fox News senior judicial analyst Judge Andrew Napolitano explains on 'Fox & Friends' why he thinks the president's defamation suit over an op-ed on Russia will be dismissed and reacts to the White House's win in a sanctuary ruling.

The Trump campaign's filing of a libel lawsuit against the so-called "extremely biased" New York Times was a "clever" move but the case will likely be "dismissed," according to Fox News senior judicial analyst Judge Andrew Napolitano.

The lawsuit argued that the newspaper's March 27, 2019 op-ed titled "The Real Trump-Russia Quid Pro Quo" amounted to a knowingly false smear intended to "improperly influence the presidential election in November 2020."