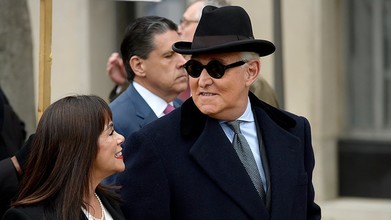 By John Kruzel and Harper Neidig
TheHill
February 25, 2020
A federal judge on Tuesday blasted President Trump and conservative media allies for criticizing a juror who voted to convict Roger Stone and is now central to the longtime Trump ally's request for a new trial.

Jackson, who presided over Stone's trial and sentencing, limited public and press access to the Tuesday hearing, citing concerns that the highly publicized nature of the case could further threaten the privacy of the juror in question.