Klayman: Sara Carter Does Not Have a Clue What She Is Talking About: A Big Smile Is No Substitute for the Facts! 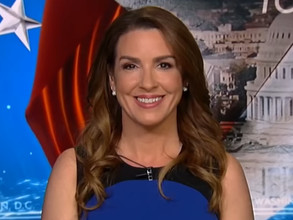 SARA CARTER: He was a participant, a friend, somebody Donald Trump knew for a long time. The entire prosecution of Roger Stone, Paul Manafort, and Michael Flynn and everybody else they were looking at surrounding the Trump circumference was based on a lie, a false narrative. We all know that now because of Michael Horowitz's report and the evidence the American people can see for themselves. They weaponized the Department of Justice, they weaponized the FBI and the intelligence community. If you are looking at Roger Stone, they talk about he lied to congress. Look at John Brennan and his lies to congress. James Comey and his lies to congress. James clapper when he lied to all of America when he said there was no spying, warrantless spying on Americans, and we found out that was not the case. None of these people have been prosecuted, but Roger Stone is being prosecuted and punished...

They were sending a message to anyone in Trump's sphere, we are coming after you and we'll use the Department of Justice. They sent an armada to Stone's home. He would have turned himself in. But they sent an armada with a message. CNN knew about it, nobody else did. They wanted it to be out there publicly. There should be a group or an entity within the Department of Justice that can check on these prosecutors with absolute impunity they can go after anybody they want for political purposes. And that's not right.