Klayman: Sanders Is a Communist Self Hating Jew! 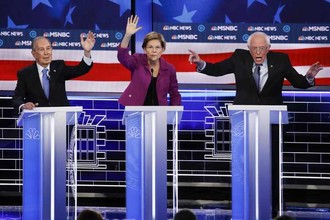 It's a pertinent question considering that two Jewish candidates currently rank first and third on the RealClearPolitics poll average of nominee preferences among Democrats. But before we discuss this sensitive topic that inevitably will burst into mainstream reporting if either Sen. Bernie Sanders or former New York City Mayor Michael Bloomberg wins the Democratic nomination — let's briefly review five equally controversial presidential electability questions both past and present.