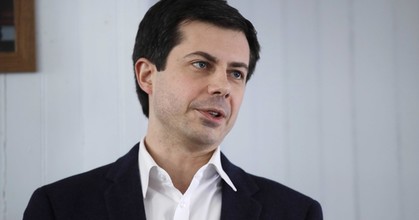 Buttigieg: Rush Limbaugh 'has a different idea of what makes a man'
Washington Examiner
February 22, 2020
Democratic presidential candidate Pete Buttigieg said being gay doesn't make him any less of a man.

Following controversial remarks from Rush Limbaugh about his sexuality, Buttigieg said the conservative radio host "has a different idea of what makes a man than I do."

"Look: I'm not going to take lectures on family values from the likes of Rush Limbaugh — or anybody who supports Donald Trump, frankly," the former South Bend, Indiana, mayor said in an interview on Ellen that aired Friday.