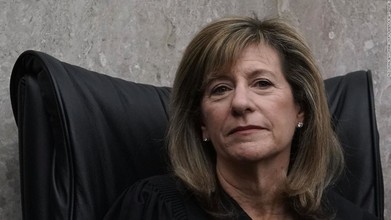 By Dan Berman
CNN
February 21, 2020
Washington (CNN)Judge Amy Berman Jackson, as she sentenced Roger Stone to 40 months in prison, gave a lengthy speech extolling truth and the rule of law to a rapt courtroom on Thursday.

Jackson appeared to criticize President Donald Trump and others promoting conspiracy theories about the Russia probe. And she decried what she saw as efforts to undercut truth and democracy.

Here are some of Jackson's key lines, as recorded in a court transcript: