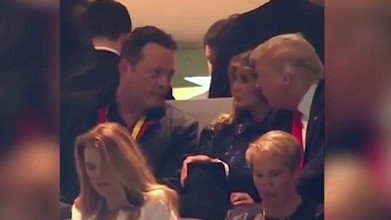 A number of beloved film icons and celebrities have achieved fortune and fame, despite their conservative political views.

Many of them keep a little quieter about it than their liberal counterparts, perhaps because "they've been browbeaten and ridiculed," as Pat Boone once told The Hollywood Reporter. But they do exist.

Here are seven Hollywood heavyweights you likely didn't know lean to the right: