George Zimmerman Sues Warren and Buttigieg, Claims They Branded Him as Racist in Trayvon Martin Tribute to Garner Black Votes 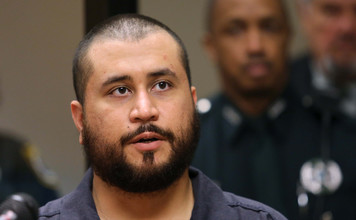 By Ewan Palmer
Newsweek
February 19, 2020
George Zimmerman is suing Democratic presidential candidates Pete Buttigieg and Elizabeth Warren, claiming they defamed him while paying tribute to Trayvon Martin in order to "garner votes in the black community."

According to a lawsuit filed in a Florida court, both Warren and Buttigieg acted with malice or "at a minimum a reckless disregard for the truth" after they tweeted about Martin on February 5 on what would have been his 25th birthday.

Zimmerman shot and killed the 17-year-old Martin, who was unarmed, in Sanford, Florida, in February 2012. A jury acquitted Zimmerman of murder after his lawyers argued he was acting in self-defense. The decision sparked widespread protests and unrest that helped launch the Black Lives Matter movement.

George Zimmerman sues Warren, Buttigieg for $265M, accuses them of attempting to garner black votes by defaming him | Fox News