Klayman: More Nightly Bullsh... From Hannity to Boost His Ratings and Fox News Ad Dollars!
Go to www.FreedomWatchUSA.org to Join and Support Our Leftist Media Strike Force! Share and Donate 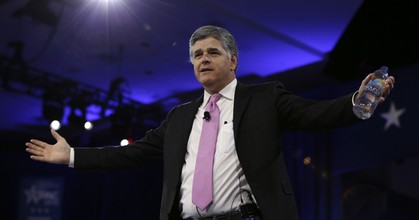 "We are now beginning to see something very large unfold," Hannity said on his show Friday. "Roger Stone's attorneys have filed a motion for a new trial. That is a major development. That should be granted. And, by the way, it should be the beginning of Stone's ultimate vindication. We have more good news. McCabe's dismissal is frankly — when you really look at it, it's a declination to prosecute on one specific issue. Here is my read between that and the Gen. Flynn news today because we know that Barr just installed an outside counsel to look into the Gen. Flynn case."