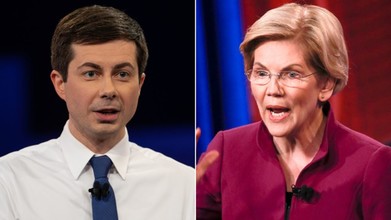 By Jack Cashill
WND
February 13, 2020
Had Pete Buttigieg and Liz Warren merely acknowledged what would have been the 25th birthday of Trayvon Martin, one could give them a pass.

Instead, both ignored George Zimmerman's personal history, his acquittal in the shooting death of Martin, and the explosive revelations in Joel Gilbert's new documentary and book of the same name, "The Trayvon Hoax," for no better reason than to bolster the black vote in the run-up to the South Carolina primary.