Klayman: This Declaration by Trump and Any Modified Sentencing Recommendation by Main Justice Will Probably Provoke Judge Jackson to React Negatively and Sentence Stone Harshly! 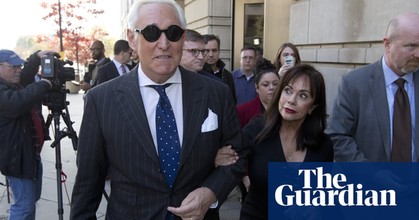 'Can't even run a caucus': Trump tries to rattle Democrats on eve of New Hampshire

The president sent his message a little before 2am on Tuesday, after a rally in New Hampshire and a visit to Delaware to honour two US soldiers killed in Afghanistan.

On Tuesday, it seemed the tweet would have its desired effect.