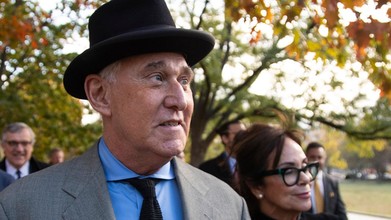 Federal prosecutors are asking a judge to sentence former Trump confidant and GOP operative Roger Stone to between 87 and 108 months in prison after being found guilty last year on seven counts of obstruction, witness tampering and making false statements to Congress on charges that stemmed from former Special Counsel Robert Mueller's Russia investigation.