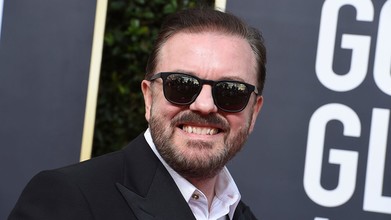 Although the 2020 Oscars will be hostless, five-time Golden Globes host Ricky Gervais managed to lambaste Hollywood's biggest stars all the same.

The controversial comedian and host of the 2020 Golden Globes took to Twitter on Sunday, hours before the 92 Annual Academy Awards kicked off, to take jabs at the many stars and celebrities that would be making speeches later in the night.

When one user asked Gervais, hypothetically, what he would joke about if he were hosting this year's big show, the 58-year-old comedian responded with a pair of scathing tweets aimed at Hollywood's elite.