Klayman: Actually Gas Is All Biden Has! 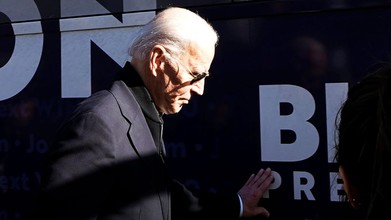 Joe Biden Is Running Out Of Gas
The Daily Beast
February 9, 2020
Forty-five minutes after Joe Biden's first campaign event was supposed to start on Saturday, his crowd had grown restless. The former vice president wasn't at the Rex Theatre in downtown Manchester and those crammed inside were wondering just how much longer they'd have to suck in the heated air before they get to see him speak.

In the rafters, a chant broke out.

"We Want Joe!" the voices said, overpowering the soundtrack of classic rock and commercial motown that had been playing on blast to keep the crowd from completely dozing off.