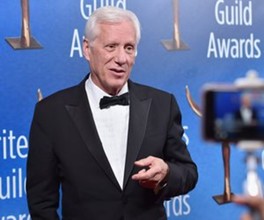 By Sandy Fitzgerald
Newsmax
February 7, 2020
Actor James Woods hasn't been on Twitter for nearly 10 months, but he made up for lost time by attacking Rep. Alexandria Ocasio-Cortez, Hillary Clinton, Sen. Mitt Romney, and a score of other political targets late Thursday night.

He kicked off his attacks by announcing that he was "On vacation awhile" and immediately launched into Ocasio-Cortez, D-N.Y., for her explanation of the expression "pull yourself up by your bootstraps."

She told a House Oversight subcommittee on poverty that the expression "started off as a joke," she said. "Because, it's a physical impossibility to lift yourself up by a bootstrap, by your shoelaces, it's physically impossible. The whole thing is a joke."