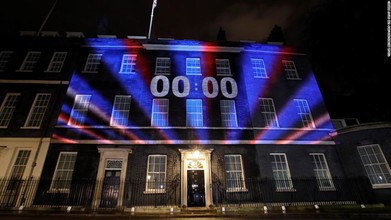 The UK has left the EU -- and the implications for the world are huge
By Analysis by Luke McGee
CNN
February 2, 2020
London (CNN)Brexit has happened. After 1,316 days of political turmoil, the UK now stands alone as the first nation to have ever left the European Union.

It has ended the careers of two Prime Ministers and left the very future of the United Kingdom in question. Scotland's case for independence is becoming harder to ignore while Britain's perceived selling out of Northern Ireland has played into the hands of those wishing to see Irish unification.

That's just the politics: Britain's economic future and place in the world have not been this uncertain since the end of the World War II.