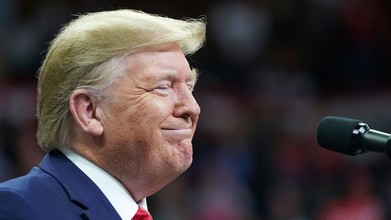 Trump added impeachment coverage to his list of grievances against his former favorite news network Tuesday, saying at one point in a pair of tweets that Fox is "trying to be so politically correct" by interviewing Democrats such as Sen. Chris Van Hollen of Maryland.

"So, what the hell has happened to @FoxNews," Trump said. "Only I know!"

He blasted current anchor Chris Wallace — whom he has attacked before — and former anchor Shep Smith, who left Fox last year amid catcalls by the president.