Donald Trump Unloads on Fox News, Predicts "Beginning of the End"
Go to www.FreedomWatchUSA.org to Join and Support Our Leftist Media Strike Force! Share and Donate 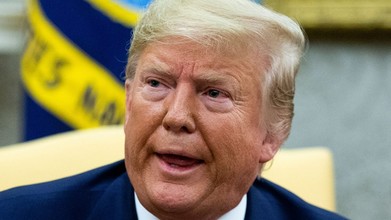 By Ted Johnson
Deadline
January 28, 2020
President Donald Trump unloaded on Fox News on Tuesday after it featured a segment with one of his critics, Sen. Chris Van Hollen (D-MD).

Trump wrote, "Really pathetic how @FoxNews is trying to be so politically correct by loading the airwaves with Democrats like Chris Van Hollen, the no name Senator from Maryland. He has been on forever playing up the Impeachment Hoax. Dems wouldn't even give Fox their low ratings debates...."