Klayman: Chris Wallace Is a Cheap Leftist Hack: He and Napolitano Are the New Face of Fox News!
Go to www.FreedomWatchUSA.org to Join and Support Our Leftist Media Strike Force! Share and Donate 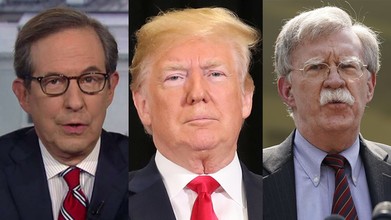 Appearing on Fox News' live coverage of the Senate impeachment trial, Wallace told anchors Bret Baier and Martha MacCallum that he does not agree with the Trump team's attempts to downplay the New York Times report. In his forthcoming book, Bolton reportedly claims that Trump explicitly linked a hold on Ukraine aid to an investigation of Joe and Hunter Biden.

"If you want a sense of how big the news is that we've heard in the last 12 or 14 hours, just listen to the Trump supporters, like Congressman Lee Zeldin and others, spinning like crazy. You get a sense that this is really an important development in this case," said Wallace.