Klayman: Kobe Bryant Was a Man of Integrity: Here Is What He Said About George Zimmerman and His Refusal to Rush to Judgment!
Bryant: “There is a bigger issue in terms of being an African-American athlete, and the box people try to put you in because of it. And it’s always a struggle to step outside of that. I won’t react to something just because I’m supposed to, because I’m an African-American. That argument doesn’t make any sense to me. So we want to advance as a society and as a culture, but, say, if something happens to an African-American, we immediately come to his defense? Yet you want to talk about how far we’ve progressed as a society? Well, if we’ve progressed as a society, then you don’t jump to somebody’s defense just because they’re African-American. You sit and you listen to the facts just like you would in any other situation, right? So I won’t assert myself.” 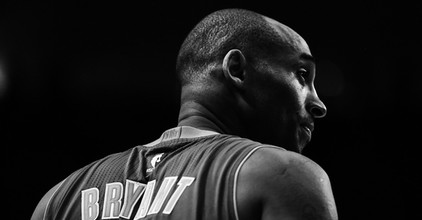 The Kobe I Knew Became a Champion for Others
By Jemele Hill
The Atlantic
January 27, 2020
My first real interaction with Kobe Bryant started over a disagreement. The legendary Los Angeles Lakers shooting guard had made some dismissive comments in 2014 about the case of Trayvon Martin, the African American teenager who had been shot to death in Florida by the neighborhood-watch volunteer George Zimmerman two years before.

Martin's death and Zimmerman's subsequent acquittal on second-degree murder charges incensed many black athletes—but not Bryant, who told The New Yorker, "If we've progressed as a society, then you don't jump to somebody's defense just because they're African-American." I was working at ESPN at the time, and criticized Bryant on camera as tone-deaf, among other things.