Klayman: Time Europe to Join Us, Israel and Saudi Arabia and Remove the Iranian Regime! 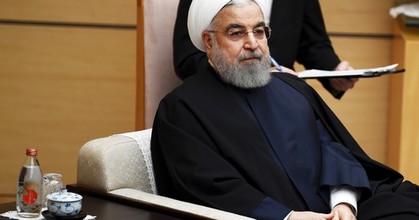 Iranian President Hassan Rouhani threatened Western powers on Wednesday while pledging that Tehran would not pursue a nuclear bomb with or without a deal in place, according to Reuters.

"Do you want to make the same mistake?" Rouhani asked, referring to President Trump withdrawing the United States from the deal and reinstating sanctions on Iran. "I am emphasizing that if the Europeans make a mistake and violate the deal, they will be responsible for the consequences of their actions."