The Anti-Israel Craze Hits High School
Join and Support Our Coalition of the Jewish Right at www.FreedomWatchUSA.org 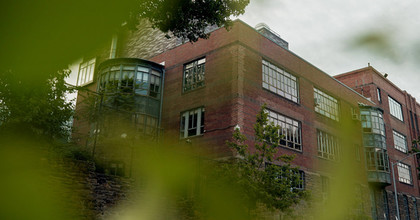 By Ammiel Hirsch and Joshua Davidson
New York Times
January 16, 2020
We recently spoke to some 500 high school students, teachers and administrators at Ethical Culture Fieldston School in the Bronx. As the senior rabbis of two major Reform synagogues with which dozens of Fieldston families are affiliated, we presented the Jewish community's perspectives on the surge in anti-Semitic incidents in our area and throughout the country. We clarified that while we do not claim to represent all Jews, our views do fall within mainstream Jewish opinion.

We shared statistics from the New York City police and the F.B.I. about the pervasiveness of attacks against Jews. We also addressed the controversy that had erupted in the aftermath of Fieldston's November assembly, in which a guest speaker equated Israelis with Nazis and asserted that Israelis are an example of "victims becoming the perpetrators." Several hours after we spoke last week, Fieldston fired a teacher who had posted tweets demonizing Zionism. Students reported that while we were speaking, the teacher flipped a middle finger at one of us.