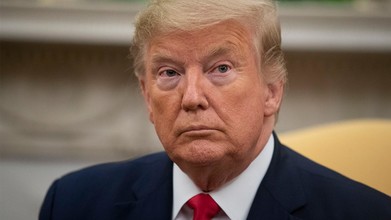 The Government Accountability Office (GAO) issued a legal opinion on Thursday saying that President Trump's administration broke the law by withholding defense aid to Ukraine — the issue at the heart of the president's impeachment trial.

That money, $214 million which had been allocated to the Department of Defense for security assistance, was appropriated by Congress and therefore the administration did not have the right to hold it back just because it disagreed with its allocation, the opinion from the nonpartisan government watchdog said.