Klayman: Time for Fox News' Napolitano to Get a Gig on the Iranian Islamic Anti-Trump News Network! 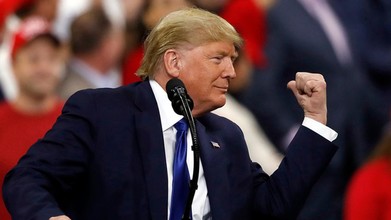 Judge Andrew Napolitano: US killing of Soleimani was odd, out of place, untimely and unlawful
By Andrew Napolitano
Fox News
January 16, 2020
When witnesses testify in a courtroom and offer varying, contradictory or even unlawful explanations of the events under scrutiny, juries tend not to believe them. The same is now happening with the Trump administration's defense of its killing Iranian Maj. Gen. Qassem Soleimani by the use of an unmanned drone while he was being driven peacefully along a public highway in Iraq. Why the shifting justifications?

Here is the backstory.

The general was the commander of Iran's elite military and intelligence forces. He was a fierce opponent of ISIS and the American military presence in Iraq. Iraq and Iran were belligerents for generations owing to, among other factors, ancient disputes between the two main branches of Islam, Shiite and Sunni. For generations, Iran's elites were predominantly Shiite and Iraq's were predominantly Sunni.