Klayman: Good for the President: Naive Europeans Need to Be Taken to the Wood Shed and Whipped to Wake up to Iranian Danger! 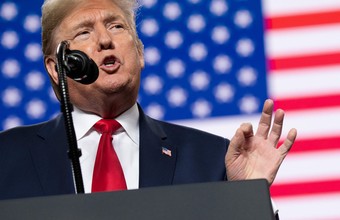 Days before Europeans warned Iran of nuclear deal violations, Trump secretly threatened to impose 25% tariff on European autos if they didn't
By John Hudson
Washington Post
January 15, 2020
A week before Germany, France and Britain formally accused Iran of breaching the 2015 nuclear deal, the Trump administration issued a private threat to the Europeans that shocked officials in all three countries.

If they refused to call out Tehran and initiate an arcane dispute mechanism in the deal, the United States would impose a 25 percent tariff on European automobiles, the Trump officials warned, according to European officials familiar with the conversations.

Within days, the three countries would formally accuse Iran of violating the deal, triggering a recourse provision that could reimpose United Nations sanctions on Iran and unravel the last remaining vestiges of the Obama-era agreement.