Klayman: As a Once Proud Duke Alum I Could Care Less: Duke's B- Ball Team Does Not Represent the Duke Student Body but Only Themselves--Using the School With "One and Done" as a Minor League Clearing House to Jump to the NBA! 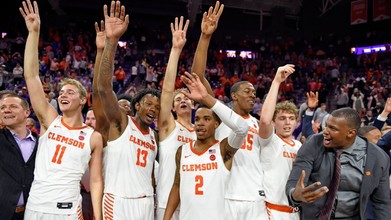 For 3: Clemson stuns Duke days after historic win at UNC
ESPN.com
January 15, 2020
Everything the Clemson athletic program has done over the past few days has been riveting. From the men's basketball team winning for the first time in history at North Carolina, to losing the national championship game in football to, well, read on ...

For a team that lost at home to Stephen F. Austin, the Duke Blue Devils were held in high esteem before Tuesday night. Mike Krzyzewski's group entered the evening ranked No. 3 in the AP poll, and a number of observers, including this writer, were even beginning to suggest that the Blue Devils might be the best team in the country.