Klayman: Read This! Senator Mitt Romney Angling to Convict Trump So He Can Run as Republican Establishment Presidential Candidate! 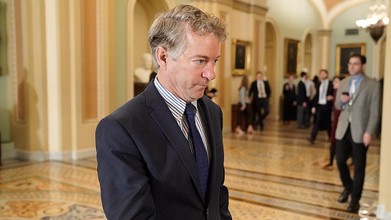 "My colleagues can't have it both ways. Calling for some, while blocking others," Paul tweeted, referencing a Politico report on a similar private warning he gave his GOP colleagues against supporting Senate Minority Leader Charles Schumer's (D-N.Y.) request that former national security adviser John Bolton testify.

"If we are going to give a platform to witnesses the Dems demand, I look forward to forcing votes to call Hunter Biden and many more!" Paul continued.