Klayman: MSNBC Is the Perfect Place for Shepard Smith as It Is for Fox News' Napolitano, Chris Wallace, Arthel Neville, Juan Williams and Many Others at This So Called Conservative Network!
Go to www.FreedomWatchUSA.org to Join and Support Our Leftist Media Strike Force! Share and Donate 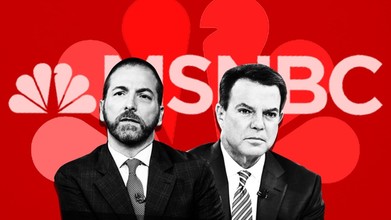 The goal of any reshuffle would be to shed ratings dead weight in the lead-up to the election. Sources at the network cautioned that a new look for the lineup is still up in the air, but brass have been batting around several options.

One of those is new blood in the form of Smith, who abruptly quit Fox News late last year after on-air skirmishes with Tucker Carlson and other prime-time hosts. Smith has had conversations with MSNBC President Phil Griffin about a potential gig when his non-compete clause expires, although his price tag is expected to be considerable for any interested network.