Klayman: Sanders Must Answer Questions About His Ties to Radical Muslims and Receipt of Endorsements From Anti-Semite Reps. Tlaib and Omar and Also Other Jew and Christian Haters Like Linda Sarsour! 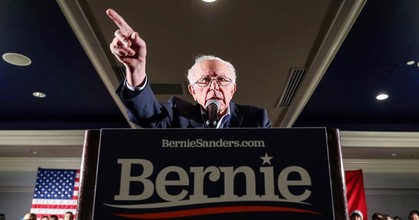 Bernie Sanders goes on the attack, reviving memories of 2016
By Chuck Todd, Mark Murray and Carrie Dann
NBC News
January 13, 2020
WASHINGTON — Bernie Sanders is now in the lead in Iowa — albeit within the margin of error.

And what does he do with that lead three weeks before the first Democratic nominating contest? He and his supporters are on the attack.

It's Bernie vs. the World, as NBC's Gary Grumbach puts it.