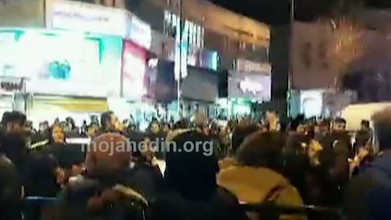 By Ronn Blitzer
Fox News
January 13, 2020
Insight from military analyst Rebecca Grant on what protests mean for the Iranian people and U.S.-Iran relations.

Democratic congressional leaders and presidential candidates who were unsparing in their criticism of President Trump for the escalation with Iran over the past two weeks largely have gone silent now that the protests on the streets of Tehran and beyond have turned their rage toward the regime — and not the Trump White House.

Even as videos emerged online Monday that purportedly show Iranian police and security forces firing live ammunition to disperse protesters, so far among the 2020 Democratic candidates only former Vice President Joe Biden and Sen. Amy Klobuchar, D-Minn., have spoken out in support of the people.