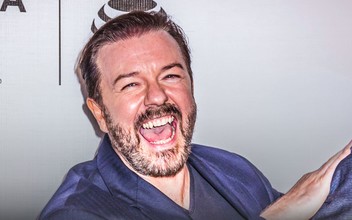 By PopZette Staff
LifeZette
January 13, 2020
Last weekend, comedian Ricky Gervais sent shockwaves through Hollywood when he exposed the liberal hypocrisy of the entertainment world while hosting the Golden Globes.

Since then, Gervais has been hit with backlash from liberals who are livid that he would dare to challenge left-wing celebrities.

Now, Gervais is firing back at his haters in a big way, and he's not backing down to them.

Gervais took to Twitter on Friday to make it clear that he has no regrets about giving a performance at the awards show that conservatives could enjoy.