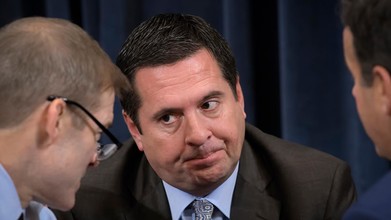 By Gregg Re
Fox News
January 12, 2020
The Foreign Intelligence Surveillance Court (FISC) has stunned court-watchers by selecting David Kris -- a former Obama administration lawyer who has appeared on "The Rachel Maddow Show" and written extensively in support of the FBI's surveillance practices on the left-wing blog Lawfare -- to oversee the FBI's implementation of reforms in the wake of a damning Department of Justice inspector general report last year.

The development on Friday, first reported by independent journalist Mike Cernovich, has roiled Republicans who have demanded accountability at the FBI. House Intelligence Commitee ranking member Devin Nunes, R-Calif., told The Daily Caller that Kris' appointment was "shocking" and "inexplicable."