Klayman: Who Cares! Royals Are Worthless Wards of the State and Irrelevant! 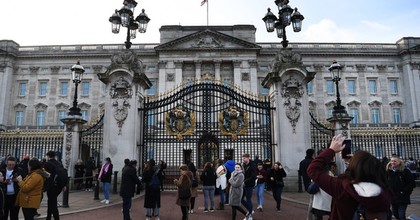 Buckingham Palace in Emergency Session to Resolve Harry and Meghan Crisis
By Mark Landler
New York Times
January 11, 2020
LONDON — Prince Harry and Meghan's shocking announcement that they plan to become part-time royals caused a painful rupture in his family. But it has also forced Buckingham Palace to confront the changing nature of British royal life as the era of Queen Elizabeth II moves toward a close.

On Friday, the palace convened an emergency meeting to address the couple's proposal that they "step back" from their royal duties, seek financial independence and live part of the year in North America. The goal, according to people with ties to the palace, was to find a quick accommodation with the couple, who have become dangerously isolated in the House of Windsor. That could come in a matter of days, they said.