Klayman: Anti-Trump Hatred Knows No Bounds; Why Bother With Barr as He Hasn't Held Any Leftist Democrat Accountable Anyway!
Go to www.FreedomWatchUSA.org and Support Our Citizens Grand Juries and Join Our Justice League! 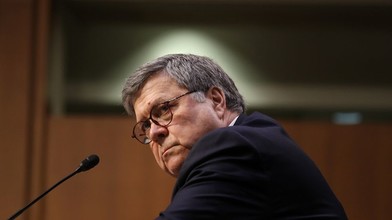 NYC Bar Association Asks Congress to Investigate AG Barr for Bias
By Greg Farrell
Bloomberg
January 10, 2020
The New York City Bar Association has asked Congress to investigate U.S. Attorney General William Barr, saying his recent actions and statements have positioned the Justice Department and its prosecutors as "political partisans willing to use the levers of government to empower certain groups over others."

The request, disclosed on Thursday, appears to be the first time a bar association from New York City or any comparable group has asked Congress to investigate a sitting attorney general. Last year, 450 former federal prosecutors from Republican and Democratic administrations signed a statement chastising Barr for his handling of the Mueller report on Russian election interference.