Klayman: "Half Wit" Napolitano Is Lucky to Be the Fox News "Darling" of CEO Lachlan Murdoch!
Go to www.FreedomWatchUSA.org to Join and Support Our Leftist Media Strike Force! Share and Donate 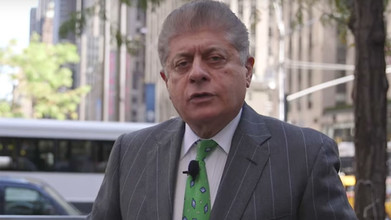 "From not just observing him, but knowing him, and until about 14 months ago being his friend, that's the way he thinks: 'Here's what I have, what are you going to give me for it?'" declared Napolitano on President Trump.

After being asked by show host and Mediaite founder Dan Abrams whether he consulted "with Trump before the 14 month period," Napolitano replied, "Oh, yes. Yes. I consulted with Trump at length on Neil Gorsuch.