Klayman: Rosenstein Again Shows, for Now, That Crime Pays! But Freedom Watch Will Seek His Indictment Before Its Citizens Grand Jury! 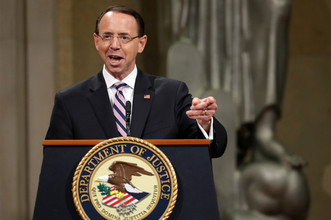 The former second-in-command at the Justice Department is joining King & Spalding LLP as part of their special matters and government investigations team, the firm announced Wednesday.

In his first job in the private sector, Rosenstein, 54, who served nearly 30 years at DOJ, will be joining a firm filled with former colleagues.