Klayman: This Was No Mistake by This Barbarian Islamic Regime! 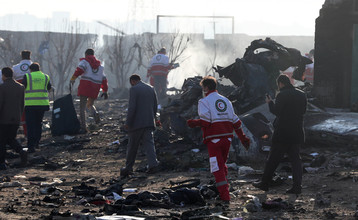 One Pentagon and one U.S. senior intelligence official told Newsweek that the Pentagon's assessment is that the incident was accidental. Iran's anti-aircraft systems were likely active following the country's missile attack, which came in response to the U.S. killing last week of Revolutionary Guard Quds Force commander Major General Qassem Soleimani, sources said.

"Well, I have my suspicions," President Donald Trump told reporters at the White House following Newsweek's report. "It was flying in a pretty rough neighborhood and someone could have made a mistake."