Klayman: Terrorists Are Not Entitled to Visas Even to Attend the UN!
Join and Support Our Coalition of the Jewish Right at www.FreedomWatchUSA.org 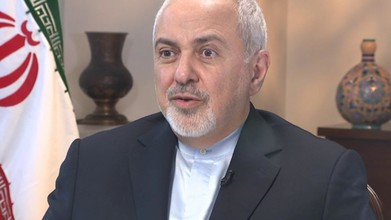 Iranian Foreign Minister Javad Zarif fumed Tuesday over the reported U.S. decision to deny him a visa to address the United Nations in New York later this week, amid escalating tensions between the two countries after the killing of Iranian General Qassem Soleimani.

"They fear that someone comes to the U.S. and reveals realities," Zarif told The Associated Press. "The world is not limited to New York, and you can talk to the American people from Tehran, and we will do that."