Klayman: Two State Solution Is Not Workable: Israel Does Not Need Palestinian Terrorists on Its Border and East Jerusalem and Judea and Samaria Belong to Jews and Christians! 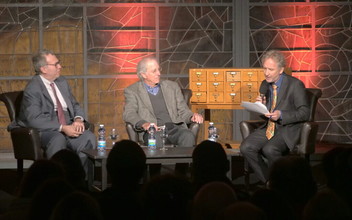 Israel is on precipice of losing option of two-state solution, say US advisers
By TOI staff
Times of Israel
January 7, 2020
After the election of US President Donald Trump in 2016, David Makovsky turned to his colleague at The Washington Institute for Near East Policy, former ambassador Dennis Ross, and proposed that they team up again to write a book that would encourage a troubled public.

Ross and Makovsky joined Times of Israel founding editor David Horovitz onstage on January 6 at a sold-out event at the National Library of Israel in Jerusalem to discuss their new book on four powerhouse Israeli prime ministers. The book, "Be Strong and of Good Courage: How Israel's Most Important Leaders Shaped Its Destiny" delves into the decisions made by four prime ministers — David Ben-Gurion, Menachem Begin, Yitzhak Rabin, and Ariel Sharon — and the characteristics that shaped these men.